EDN has announced that The EDN Award 2010 is presented to IRDFA – Iranian Documentary Filmmakers Association. IRDFA receives the award for their outstanding contribution to the documentary culture. 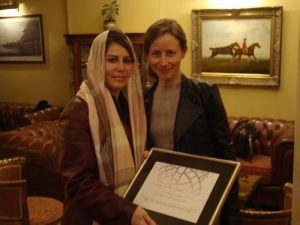 EDN has chosen to honour IRDFA with the EDN Award 2010 to recognise the impressive work the organisation has done since it was founded in 1998. IRDFA has established a strong national organisation to unite the Iranian documentary sector and made sure that the documentary film as a genre and an art form has been recognised by public film and funding bodies. IRDFA has also worked strongly to help Iranian documentary filmmakers and their films to travel around the world as well as making documentary makers from around the world travel to Iran.

The EDN Award was initiated to honour outstanding contribution to the development of the European documentary culture. However, we have chosen to expand the geographical focus of our award a bit. We want to honour an organisation outside Europe that has done a remarkable job in uniting, structuring and promoting their national documentary sector. Considering their outstanding contribution to the development of the documentary culture the Iranian Documentary Filmmakers Association was an obvious choice for the EDN Award 2010.

The EDN Award 2010 was presented today, March 19 and was accepted by Mahboubeh Honarian on behalf of the whole IRDFA organisation. The award ceremony was held during the EDN workshop Docs in Thessaloniki. The workshop is held in the framework of the Thessaloniki Documentary Festival – Images of the 21st Century.