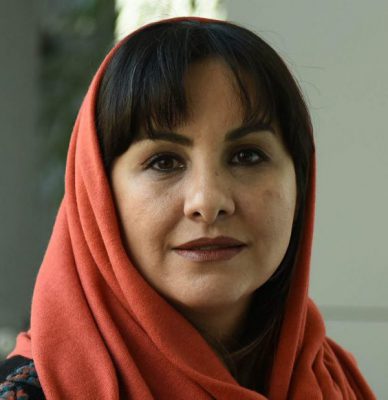 Rezvan Sarmad was born in May 1980 in Hamedan. She took the photography course at Hamedan Youth Cinema Association and moved to Tehran in 2000 to continue her studies in cinema directing. She began her cinematic activity as an assistant director in several projects. She got interested to documentary cinema after making her documentary ‘‘IKAT’’ as her thesis and got focused on making documentaries thereafter.

She collaborated with Hamedan capital’s IRIB making TV programs and documentaries from 2007 to 2011.

From 2007 to 2011, he collaborated with IRIB, the capital of Hamedan province, in the field of television TV shows and documentary. Between the years 2013 and 2014, she attended in Mehrdad Oskouyie’s documentary workshop at Karnameh cinematic institution, Ali Razie’s drama course in documentary and Manuela Maiguashca’s Documentary Voices master class in Dubai. Sarmad also attended Saeed Aghighi’s screen writing classes.

Rezvan Sarmad joined the Iranian Documentary Filmmakers Association in 2016 and was elected as vice president of the Association in IRDFA’s 13th term.